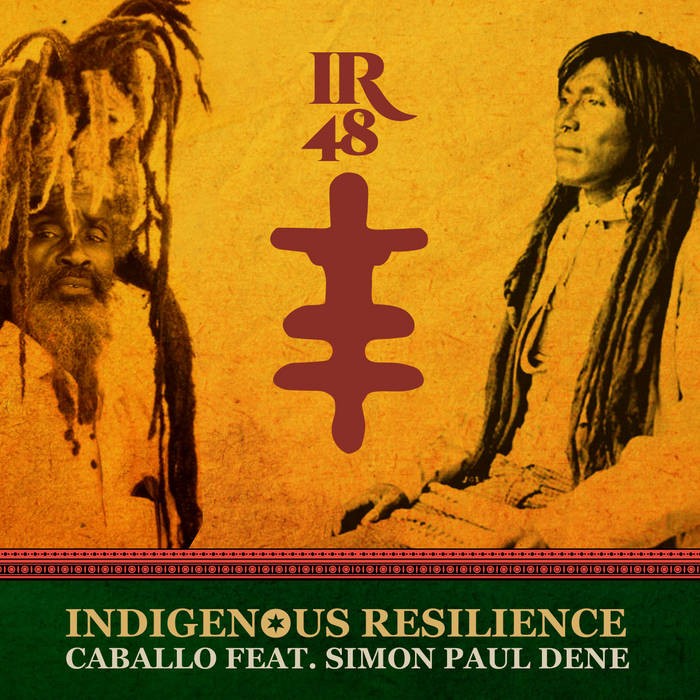 Caballo and the Latino Resiste label were introduced to IR some years ago by
Sistah Dub.Over the years IR has been heartened by some of Caballo releases that paid attention to social injustice and indigenous rights especially his vision in seeing the joint struggles faced by indigenous people's in both North and South America.
IR contributed a track to the Rebelsounds & Latino Resiste special compilation for the 20 year anniversary of the Zapatista movement 'EZLN: 20 Years ' Caballo then contributed the track 'Pow Wow Bounces to the 2015 IR release 'IR 26 Galdino:Extension Of Truth ".
"IR 48 Indigenous Resilience:Caballo feat Simon Paul Dene "is a dance track which lyrically is a tribute to the resilience of indigenous people in Canada.
The lyrics translated into English mean "resilient like a rock and still walking with the grace and power of flowing water".
In the face of genocide and the trauma of issues like the horrors of residential school ,the extreme callousness and sheer indifference to the murder and disappearance of indigenous women there are a litany of injustices still being faced by indigenous people in Canada.Yet in spite of all of this ,there is resilience and resistance.This track is entirely in the Dene language and it is spoken by the great Dene visual artist Simon Paul Dene .You can check some of his work and learn about his life story here www.simonpauldene.com
Simon Paul has displayed remarkable tenacity & sheer dub to maintain and speak his own original indigenous language fluently.It is not by chance that colonialists as one of their key tools of genocide set out todestroy and erase indigenous languages.In Brazil before the arrival of the Portuguese colonialists there were over two thousand indigenous languages now they are only a little over two hundred surviving indigenous languages .In Canada indigenous children were BRUTALISED for speaking their indigenous languages.So for IR having a track only in an indigenous language is an act of resistance~indigenous resistance.