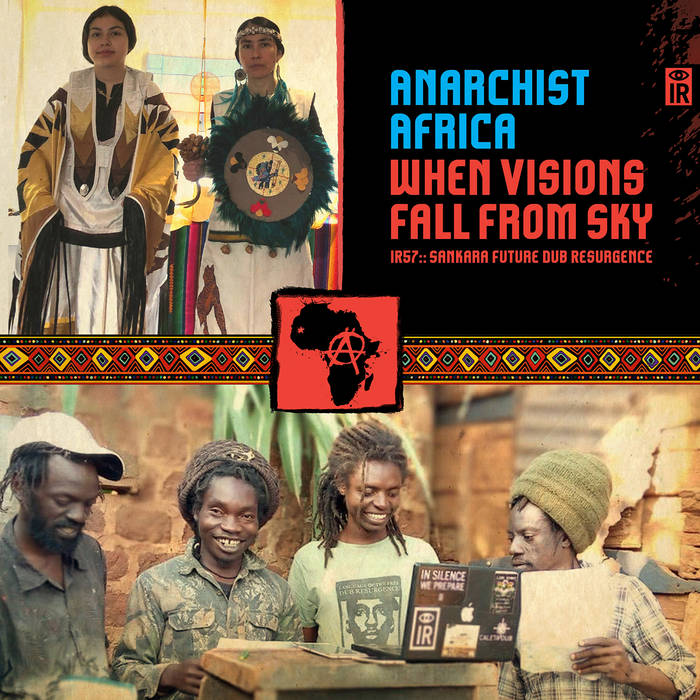 was most of the past.

Trance-inducing dub to bring you back to source and liberate you from the default settings of society.

comeawaywithemd.com/very-good-haiku-a-2021-music-writing-experiment/ Favorite track: When Visions Fall From The Sky.

Based in Uganda, East Africa, the musicians IR::Sankara Future Dub Resurgence like to describe their music as “Future Dub.” They take elements of noise, non-metric riddims, experimental electronics, dub reggae and dub poetry, and djembe and nyabinghi drumming together to create the unexpected.

The opening lyrics to “Anarchist Africa” set up the critical, yet self-reflective, mindset of this mini-album.

Sometimes it’s necessary to question
the paradigms that have been implanted in our minds.

So we ask you to be pensive
as opposed to defensive.

Lyrically, these tracks aim to challenge our political and cultural concepts, especially of the African subcontinent and its colonial as well as pre-colonial histories.

Those who seek to reclaim our African glory
so often put
centralised African kingdoms
like Kemet, Mali, Kush
at the center of their story
name-checking kings and queens
to add to the sheen

But Africa was more than those anarchist examples,
more common than we suppose.

In fact,
these centralised kingdoms were a minority

“Anarchist Africa” also addresses the history of indigenous people in Africa and how their lives and contributions have been evaluated.

Are we not detracting from African indigenous peoples
who chose instead to humbly respect and flow with the earth
acting as caregivers of this land
on which we stand?

Africa’s anarchist and anti-authoritarian traditions are presented on this track to give a radically different perspective of the continent’s political story.

The track “When Visions Fall From Sky” pays homage to African ancestral practices, emphasizing the mystical experience while challenging the grand narratives and stereotypes that have been made (and used against) African peoples throughout modern history. It utilises bass-heavy voices of dub poetry and jagged, dub-inflected percussion. Together, these elements have the piercing effect of presenting what Sankara Future Dub Resurgence describe as “Our African story” (as opposed to his story):

In 1770, before the French and American revolutions,
There was a revolution in Futa Toro, West Africa
That not only abolished slavery, but kings

They can’t take the book from you
If you are the book.

The “BOOM” behind each message represents the power of remembering African knowledge-traditions in light of racist, historical erasure. As photographer and musician Aniruddha Das notes, "seldom is there ANY depiction of African people with books or reading.”

This EP was created physically and virtually with the collaborative forces of IR::Sankara Future Dub Resurgence, Herman "Soy Sos "Pearl, Dhangsha, the Professor Of Dub and others in the Shadows.

Lastly, this EP is incomplete without director Joshua Black Alibet's film visualization of the track “When Visions Fall From Sky.” Filmed on the beautiful Ugandan island of Senene, it uses the natural lighting of the early morning sunrise to create luminous, soft textures. It draws on the subtleties of the colour spectrum in ways that evoke Daughters Of The Dust (1991), a landmark work of African-American cinema in which director Julie Dash handled lighting in ways that caressed its Black protagonists in a beautifully affirming manner. You can watch Alibet’s film here on Vimeo:https://vimeo.com/473864476